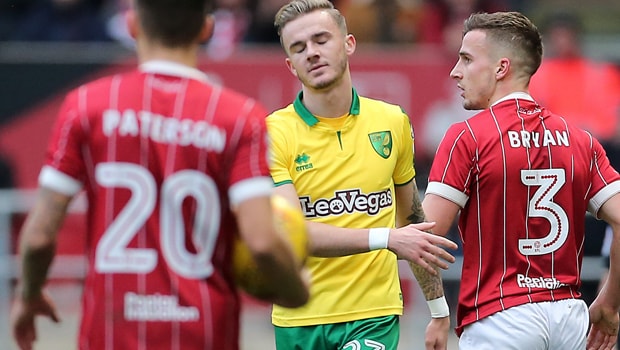 James Maddison is delighted to have secured a move to Leicester City and is looking forward to working with his new team-mates in pre-season.

The attacking midfielder made the move from Championship outfit Norwich earlier this week for an undisclosed fee and has agreed a five-year contract at King Power Stadium.

The 21-year-old playmaker managed 15 goals and eight assists in 46 appearances in all competitions for the Canaries last season and should bring further creativity to manager Claude Puel’s midfield.

Maddison feels it was important the deal was completed in the early stages of the transfer window as it will allow him time to gel with the rest of the squad before the 2018-19 Premier League season gets underway.

“I think it benefits everyone, the earlier it’s done to be honest,” he told LCFC TV.

“Especially the manager, if you think of it from his point of view, he’d obviously prefer to get his signings in earlier rather than later.

“That gives him a full pre-season to work with them and get the squad really knitted together.”

He added: “I am a player who plays in the No.10 role mainly and likes to get fans off their seat with assists, goals and create chances…I think that’s what it’s about.”

Leicester begin the new season with a tough trip to Manchester United on August 11 and they are 9.00 to claim all three points, with the Foxes available at 251.00 to win the Premier League outright.