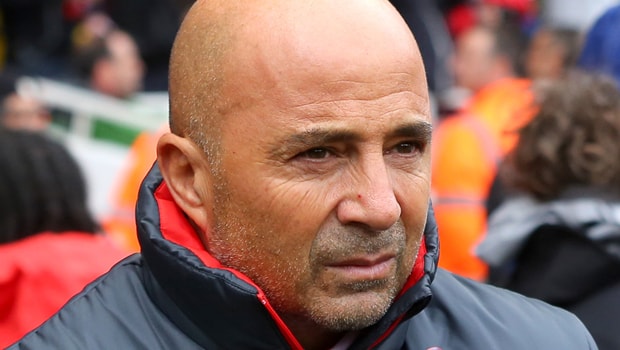 Boss Jorge Sampaoli has said the blame for Argentina’s thumping World Cup 3-0 loss to Croatia rests entirely with him.

Sampaoli admirably attempted to deflect the criticism from a terrible goalkeeping mistake by Willy Caballero and a poor performance by his captain Lionel Messi.

Second-half goals from Ante Rebic, Luka Modric and Ivan Rakitic left Argentina in great peril of failing to make the last 16 in Russia.

Third in Group D with one point after two games, they will be gone from the tournament should Iceland defeat Nigeria on Friday.

“If I’d planned things differently, it would have worked out differently…I honestly thought the plan for this match was going to put pressure on the opponent.

But after the disaster of the first goal, it was tough, we were lost emotionally.”

The coach added that it was ‘not right to blame Caballero’ despite a glaring error from his stopper that gave Croatia the breakthrough in an often physical encounter.

Messi, seemingly playing in his last World Cup, had minimal impact on the game as Croatia marshalled the Barcelona playmaker superbly.

Sampaoli was not in a mood to blame his talisman for the defeat.

“Our driving force is Leo, but we couldn’t find him. We work as a team to get the ball to Leo, but also the other team (Croatia) works to avoid that,” he added.

“It’s the driver’s responsibility…Everything that happens to the team is due to the leadership. Leo is prejudiced by not having in us drivers as good as him.”

Argentina are 1.50 to win their last Group D game against Nigeria on Tuesday. The Nigerians are 7.00 while the draw is 4.50.