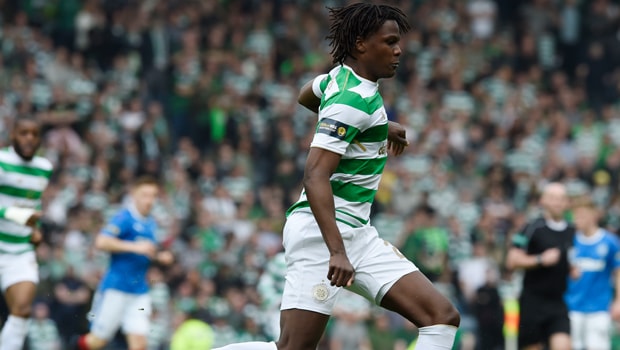 Celtic are sweating over the future of Dedryck Boyata after the defender refused to confirm whether he will be playing football at Parkhead next season.

Boyata enjoyed an impressive season for Celtic as the Scottish giants completed a domestic treble for the second successive campaign and his performances earned him a place in Belgium’s 2018 World Cup squad.

With Manchester City captain Vincent Kompany struggling with a knock, the Bhoys ace was handed a starting spot in the Red Devil’s comfortable 3-0 victory over Panama in their Group G opener on Monday.

The 27-year-old is reportedly attracting interest from a number of teams across Europe with Serie A outfit Lazio believed to be leading the race for his signature.

Boyata only has one more year left on his contract and, if new terms are not agreed on this summer, the club may decide to sell the centre-back to ensure they make a profit on him.

The Brussels-born star, who is expected to start against Tunisia on Saturday, was quizzed about his club future over in Russia and, although saying his focus is on the tournament right now, he hinted a summer exit could be on the cards.

“Right now, I am concentrating on the World Cup. I am not thinking about my future,” he said.

“I still have a year on my contract and we will see after the summer if I continue with Celtic again.”

Celtic are firm 1.08 favourites to win the Scottish Premier League next season whilst Rangers, who are undergoing a huge squad overhaul under new manager Steven Gerrard, are priced at 9.00.