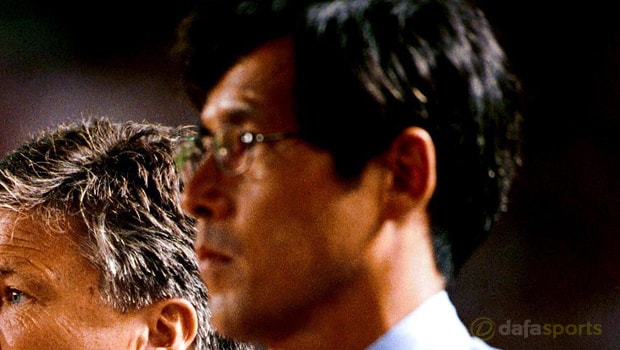 Japan head coach Akira Nishino has named an experienced final 23-man squad for the 2018 World Cup and admits it would be a “miracle” if they win their opening match.

Japan suffered a setback in their World Cup preparations on Wednesday as they fell to a 2-0 defeat against Ghana in Yokohama, and Nishino is hoping and experienced squad can help them to improve in Russia.

Nishino has included three players with more than 100 caps each – Yuto Nagatomo, Shinji Okazaki and Matoko Hasebe all get the nod.

The 63-year-old, who took charge earlier this year, has named eleven players that featured in the last World Cup in Brazil.

After starting out with a 27-man squad he made the tough decision to cut Takuma Asano, Yosuke Ideguchi and Kento Misao, while Toshihiro Aoyama withdrew through injury.

Japan, who are priced at 3.00 to qualify from Group H, have been drawn with Colombia, Senegal and Poland in Group H and they kick off their campaign against the South America nation on June 19.

Nishino expects Los Cafeteros to provide a stern test and admits it would be a “miracle” if his men get off to a winning start.

He added: “Now, I want to focus on defeating Colombia. That would be a small miracle.”