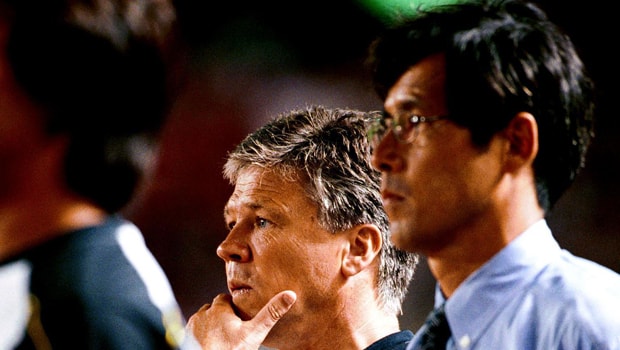 Akira Nishino has admitted his Japanese team were content to settle for a 1-0 loss against Poland in their Group H finale, knowing it would take them through to the last 16.

With Colombia leading 1-0 against Senegal in the other game, it meant the South American team were topping Group G ahead of Japan, who trumped the Africans only by a virtue of a better disciplinary record.

That meant the match finished in farcical fashion, with both sides happy to play the ball around at the back for much of the final quarter.

Nishino admitted afterwards that it was a tactical ploy, with substitute Makoto Hasebe coming on with eight minutes remaining and making a ‘card’ gesture to his team-mates, to make it clear they were through as things stood.

“We did not go for victory but we just relied on the other match,” said Nishino.

“That was slightly regrettable but I suppose at that point I didn’t have any other plans.

“I am really not happy about how we played but we wanted to go through to the round of 16 and we have, and that is the only salvation that I get.”

The coach said he instructed his sub to pass on instructions to the team to take no risks in regards to picking up any late cautions.

“What if we conceded another goal and it was 2-0?” he said. “We went through. Therefore perhaps it was the right decision.”