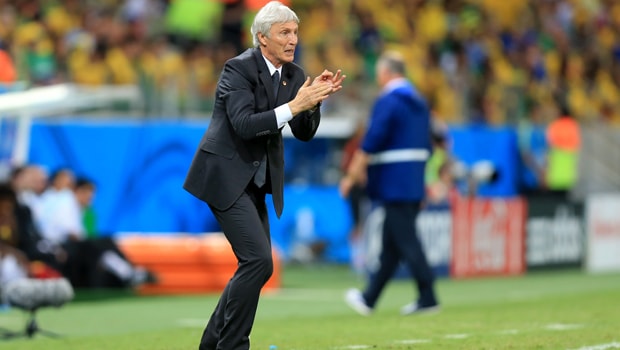 Jose Pekerman admits his Colombian side have got plenty to work on after qualifying as Group H winners for the last 16 at World Cup 2018, but he feels they’ve demonstrated the ability to cope with pressure.

Yerry Mina’s second-half header sent Colombia into a last-16 tie with England at the World Cup at the expense of Senegal.

The South Americans didn’t touch the ball in the Senegalese penalty box for the first 56 minutes, while they were dealt blow just after the half-hour mark as James Rodriguez was forced off due to injury, having missed their first game with a calf problem.

He will now be a major concern for Colombia’s knockout game against England in Moscow on Tuesday.

Senegal missed out on the knockouts, having received two yellow cards more than Japan, who move on to play Group G winners Belgium on Monday.

Pekerman knows there is room for improvement within his ranks.

“There is no magic formula to football and one single answer to why one team beats another.

I think we worked the set piece very well and that was not a coincidence as we have players who are excellent with their feet and with their head,” he said.

“But there were also some very worrying moments, especially in the first half, when Senegal played very well and it was tough for us to maintain our identity.

We managed to defend successfully, though, and they didn’t create many goalscoring opportunities.”

Dealing with a tense group stage finale is something that stands them in good stead going forward, says Pekerman.

“This was a very even group and you see that with Senegal, who had a very good tournament, going home.

There was a lot of tension in the air today and, in that regard, I think my team did very well,” he added.