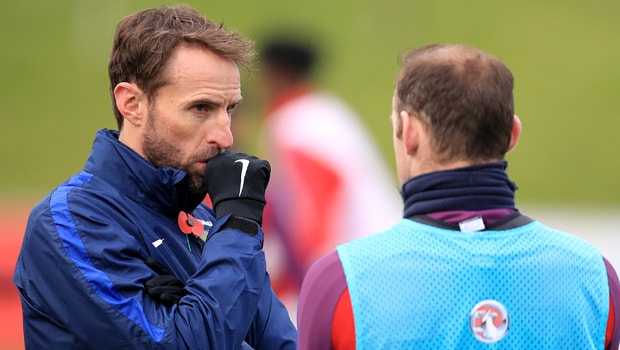 Gareth Southgate said his England players will have “learned a lot” from their 1-0 World Cup 2018 defeat by Belgium and promised a reaction against Colombia.

It means England will take on surprise package Colombia in Moscow on Tuesday in the last 16 of the competition and are now quoted 8.50 in the outright betting.

Southgate made eight changes from the eye-catching win against Panama, while his counterpart Martinez made nine alterations, in a game which will not live long in the memory, but the manager said he was satisfied with the performance of his fringe players.

Southgate told reporters: “I thought the game was a really good test for us. We knew the level was going to be higher than we’ve had even with teams making changes.

“Belgium had controlled possession in our back third and we found it tough to press, but in terms of chances, we were fairly even.”

Jamie Vardy and Marcus Rashford were among those to be given their chance to stake a claim by Southgate although England seldom threatened as an attacking unit, emphasising how important the rested Harry Kane is to their cause.

Southgate insisted England had no cause for panic and said he was hoping those given the night off will come back re-energised against the Colombians.

He said: “I think we’ve learned a lot from the game. It will be a good game to go and review. The objective was a mid-term one.

We’ve got everybody time on the pitch and they’re ready to come in, those that hadn’t previously played, and we’ve protected those who had.”

Colombia are quoted 3.80 to win in 90 minutes and the draw outcome is priced 3.20, while England are currently trading 2.15.