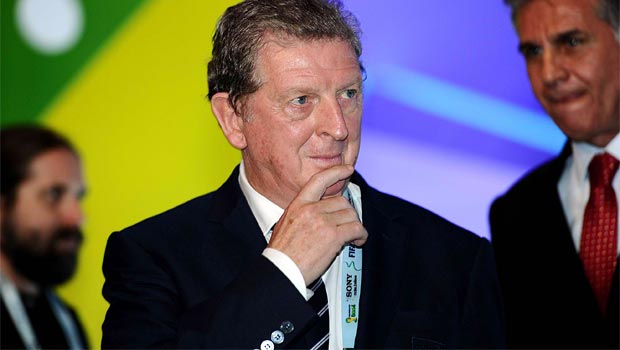 England boss Roy Hodgson admits they were given a difficult World Cup group but he has backed his players to thrive on the occasion in Brazil.

Friday’s World Cup draw saw England placed in Group D alongside Italy, Uruguay and Costa Rica. England’s biggest task at present is the long journey north to play in Manaus against the 2006 champions for their opening game, with the difficult climate set to cause plenty of problems for the players.

The Three Lions will then head south to Sao Paulo where they will take on Uruguay, the winners of the inaugural World Cup. Costa Rica are the weakest-looking team on paper but Hodgson admits they are still a team that could pose a danger.

Speaking to Sky Sports News, Hodgson admitted the group could certainly have been easier but he has faith in the players at his disposal that they will be good enough to secure progress to the knockout stages.

“Having a group people say is tough can, in some ways, be an advantage,” Hodgson said.

“I’m just pleased that we are not drawn in a group where all the games are being played in the north – that was my biggest fear.

“Don’t forget we’ve unearthed some good players in the last few years and rejuvenated the squad. It is definitely a lot stronger and deeper, and hopefully we won’t get too many injuries before then.”

England were of course beaten by Italy in the quarter-finals of Euro 2012, albeit on penalties, while Uruguay will pose an obvious threat with the likes of Luis Suarez, Edinson Cavani and Diego Forlan in their ranks.