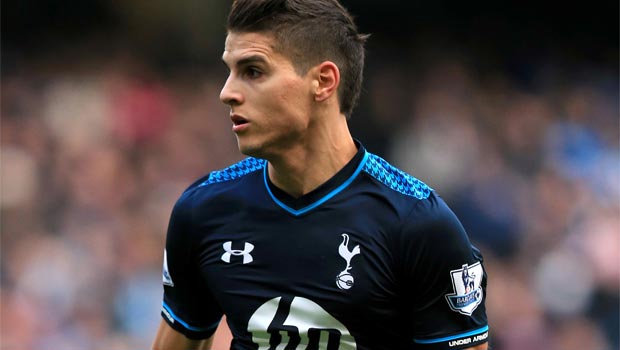 Tottenham boss Andre Villas-Boas admits he will give recent signing Erik Lamela time to settle into life in the Premier League.

Lamela became Spurs’ record signing when he signed from Roma for a fee of £30 million during the summer transfer window. Despite his poor performances, the former Chelsea boss denies recent reports that the Argentine is homesick.

Villas-Boas is hoping that Spurs can improve their form on the pitch to try and help Lamela settle, with plenty of pressure currently on his side. Despite their impressive summer spending, the North

London side are outside the Champions League places and currently sit ten points behind league leaders Arsenal.

With Lamela under the spotlight, Villas-Boas admits he is prepared to be patient with him to bring the best out in him.

He said: “We need to be a little bit patient with him, not speaking the language, it’s very difficult.

“Not only that but coming from a completely different social background. Imagine moving from Roma to Tottenham, it’s a difficult step for him.

“So we need to give him the chance to break into the team and I think eventually, when a game goes fully his way for 90 minutes, we can have him to the level he can achieve.

“We’ve been very careful with him and given him our full support. It’s a heavy price tag, a price tag that was deserved for what he did at Roma, but I think he still needs time.”