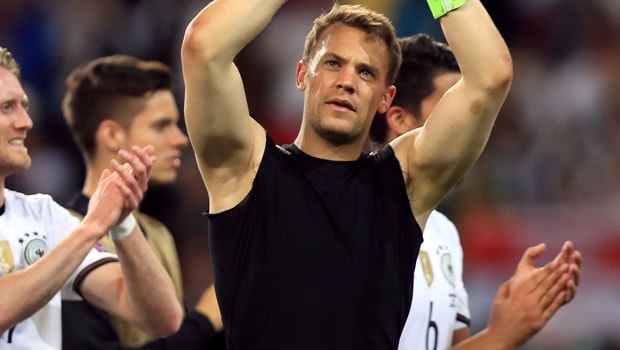 Germany goalkeeper Manuel Neuer expects his side to be a very different animal when they take on Sweden in their next World Cup Group F game.

The holders suffered a shock 1-0 reverse to Mexico in their opening game of the tournament and Neuer accepts that he and his colleagues need to show a major reaction when they face the Swedes in Sochi on Saturday.

The Bayern Munich ace said: “We are frustrated and disappointed, now it is up to us to react.

“We have to show what made us strong in the past. I am convinced we can show, and will show, a different face against Sweden.”

Die Mannschaft have little room left for manoeuvre, as a loss to Sweden would see them eliminated from the competition if Mexico defeat South Korea earlier on in the day.

Germany are now priced at 3.00 to be eliminated at the group stage, while they are 4.00 to be knocked out in the last-16, where they could potentially face Brazil.

Meanwhile, defender Jerome Boateng says his side have to play for a win against Sweden, but has warned against a repeat of the performance against Mexico.

Especially in the first hour of the game, Germany were constantly caught out by the quickfire counter-attacks of their opponents, who could have won the game by a more comfortable margin had they taken some of the chance they carved out.

Boateng told the official DFB website: “We can’t play for a draw, but we can’t just go hell for leather and throw everything forward.