Andy Murray still not sure about SW19 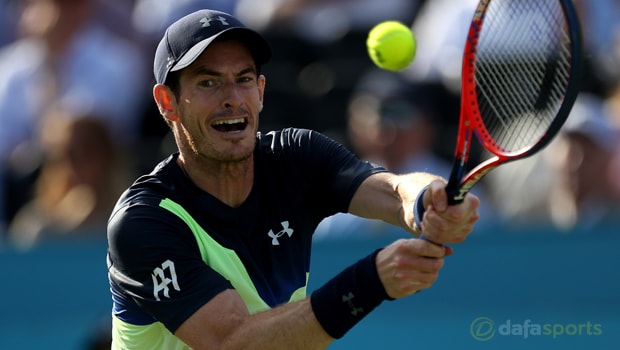 Two-time champion Andy Murray says he is no certainty to play at Wimbledon, despite having finally returned to match action at Queen’s Club.

Murray has been sidelined for almost a year by a long-standing hip problem which flared up as he lost to Sam Querrey in the quarter-finals at SW19 last summer.

However, he finally got back on a match court on Tuesday, as he lost out 2-6 7-6 7-5 in a highly competitive encounter against Nick Kyrgios at Queen’s which lasted more than two and a half hours.

Murray, though, was non-committal afterwards about his Wimbledon prospects, as he plots a course to try and ensure that his return to tennis is a long-term one.

He told reporters: “I need to wait and see what happens. I don’t know exactly what’s best for me just now.

“I won’t rule anything out. I wouldn’t rule out playing at Eastbourne and not playing Wimbledon.”

Murray was crowned Wimbledon champion in both 2013 and 2016, defeating Novak Djokovic and Milos Raonic respectively in those finals.

He also lost in the 2012 final to Roger Federer and has not failed to reach at least the quarter-final stage at SW19 for a decade.

The other of his three Grand Slam titles to date came at the US Open in 2012, where he edged out Djokovic in a five-set thriller, having previously lost on all four of his earlier Grand Slam final appearances.

Murray is currently priced at 13.00 to win Wimbledon, with defending champion Federer 2.50, while 2017 runner-up and Australian Open beaten finalists Marin Cilic is 12.00.