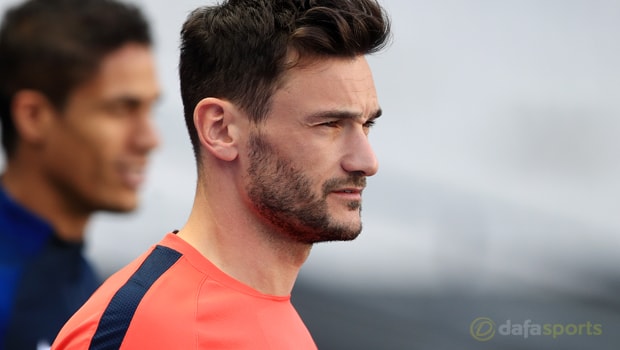 France coach Didier Deschamps has leapt to the defence of Tottenham goalkeeper Hugo Lloris following his side’s 1-1 draw with the USA in Lyon on Saturday night.

The friendly was France’s last before the start of the World Cup and they were booed on occasions at the Groupama Stadium.

After dominating for the first 43 minutes, they fell behind on the stroke of half time when Julian Screen latched onto a mistake at the back for France.

His shot squeezed past Lloris at the near post, although his blushes were ultimately spared by Paris Saint-Germain’s Kylian Mbappe who scored the equaliser in the second half.

Les Bleus wasted a number of chances in front of their own fans, while Lloris continues to be under pressure for the number one position with Alphonse Areola breathing down his neck.

Despite the pressure, Deschamps is adamant that the Spurs keeper is his first choice for the tournament in Russia.

“Everyone will have their own analysis of Hugo’s season,” Deschamps told a post-match press conference.

“Yes, he made three errors with Tottenham that cost goals – (but) he played 60 games, he also earned points for Tottenham, as he made points for the team of France.

“Tonight, obviously he knows it, he can do better on the goal that we conceded, even if there is an error of Djibril Sidibe before.

“But I’m not here to question everything. He has a long, painful season, he’s going to get on with it too.”

France remain one of the favourites for the tournament and they are 7.50 to lift the trophy this summer.