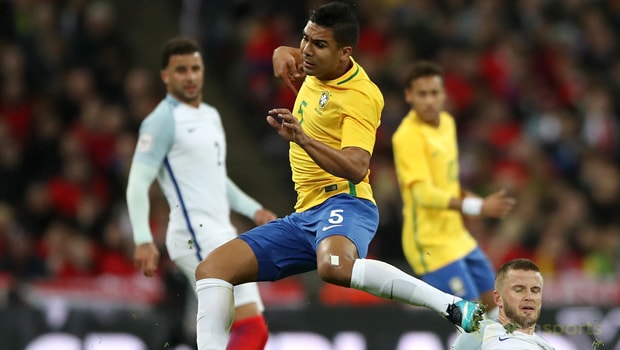 Brazil are the 5.25 favourites for the tournament in Russia despite failing to win on home soil four years ago.

Silva, a former World Cup winner himself in 2002, believes the Real Madrid star will prove his class in the coming weeks.

The holding midfielder comes into the tournament after winning a third successive Champions League title and he will be hoping to help the South American giants get out of their group.

They have been paired with Switzerland, Costa Rica and Serbia in Group E and Silva believes they can go all the way, as long as Casemiro stays fit.

He told Sky Sports: “For me, Casemiro is one of the best, if not the best in the defensive midfield position.

“Since my retirement all the players that have played in this role for Brazil have played differently.

With all respect to all of the other players that have played there, their style was completely different. At one point we had Paulinho playing with Ramires and they have the same style of play.

“Neither of them played in the holding midfield role, however, now with Casemiro they have someone who holds the position and protects the back four. It frees up the attacking players.

“It also frees up Paulinho,” he added. “He can attack more and the combination between the two players works well.

Casemiro’s role gives Paulinho the freedom to move forward and that’s good for Brazil because he’s very good when he gets himself into the box to get on the end of crosses.”