Gareth Southgate: Anything is possible this summer 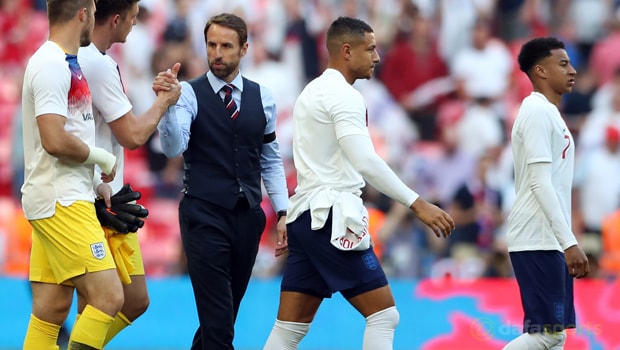 England manager Gareth Southgate has claimed anything is possible this summer as his team try to defy their critics by winning the World Cup in Russia.

Southgate has picked a young 23-man squad for the tournament, with Tottenham striker Harry Kane set to lead the team.

Kane and team-mate Dele Alli have claimed their side has the quality needed to win the World Cup, although England have failed to deliver on the world stage for the last five decades.

They were knocked out of the 2014 World Cup during the group stages, while they were beaten by Iceland in the first knockout round of Euro 2016.

Despite their recent failures, Southgate insists his players need to believe they can go all the way.

He told reporters: “Why would I limit what they feel is possible? “My job is to allow people to dream. What’s the saying? Make the impossible seem possible.

They are at an age and a hunger, and have an enthusiasm and no little quality, so that they can certainly keep improving.

“But we have got to improve to reach the latter stages of a tournament and that is going to take a lot of work over the next few weeks and a huge commitment, but I am seeing evidence that they’re embracing that challenge.”

England have been drawn in Group G for this summer’s tournament and they are priced at 17.00 to go all the way and win.

They will need to get past Belgium, Panama and Tunisia first and they are 11.00 to finish as the best European country.