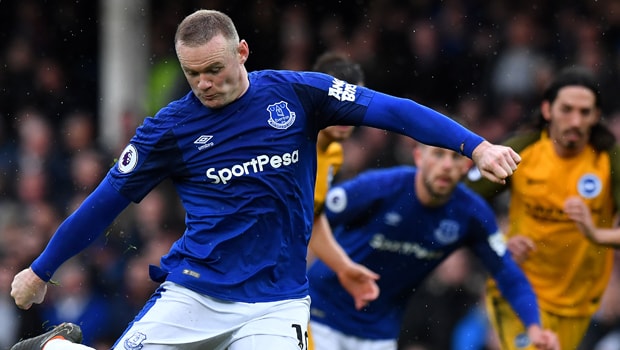 Wayne Rooney says he always planned on giving Major League Soccer a try after his move to DC United was confirmed.

England’s all-time record goalscorer has left boyhood heroes Everton after one season back at Goodison Park for life in the United States.

The former Three Lions captain has signed a three-and-a-half-year deal with the Washington-based franchise, which will be finalised on July 10.

Rooney jetted into the States on Thursday and declared his excitement at starting a new chapter in his footballing career.

“Obviously I flew in today, so it is an exciting time,” said Rooney.

“An exciting chapter in my career, so I am looking forward to it.

“I think it has always been part of my plans to come here (to America) at some stage in my career, and the time is now.

“I have been really excited with the project DC have put together and what they presented to me – so that was the reason to come to DC.”

His new club are currently bottom of the MLS Eastern Conference, with just two wins from their first 12 games.

The 32-year-old says he is ready to help his new team-mates turn things around. “It is [challenging], but a lot of the games have been away from home,” Rooney said.

“A lot of games now coming up are at home. We need to improve, move up the table towards the end of the season and kick on from there.”