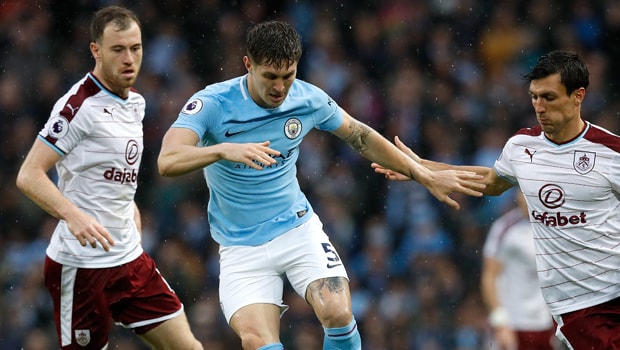 The Manchester City defender started in England’s 2-1 win over Tunisia in their tournament opener on Monday and seems set to retain his place against the Central Americans on Sunday.

The centre-half came under criticism at times last season for his performances for City and has thanked Southgate for keeping faith win him.

“I spoke to Gareth,” he said, as reported by Sky Sports.

“I got a lot of little injuries and things that weren’t said out in public. That’s why I wasn’t in the squad as much.

“I wanted to make sure I was right to fight for my spot at City and I never took my spot for granted in the England team. Never will, or ever think like that.”

He added: “Gareth’s shown a lot of faith in me. I can’t express enough how thankful I am for that.

“Sometimes you’re in difficult spots as players where form’s not right and he’s got a difficult decision to make whether ‘should I play him or not’.

“He knows us well enough by now, our characters, individually they’re all different, it’s down to him.”

England are 1.70 to beat Panama with a -1 handicap as they look to book a place in the knockout stages with a game to spare, although they also need Belgium to avoid defeat against Tunisia to do so in the other Group G match on Sunday.

The Three Lions are 7.00 to reach the World Cup final and 12.00 to win the competition outright.