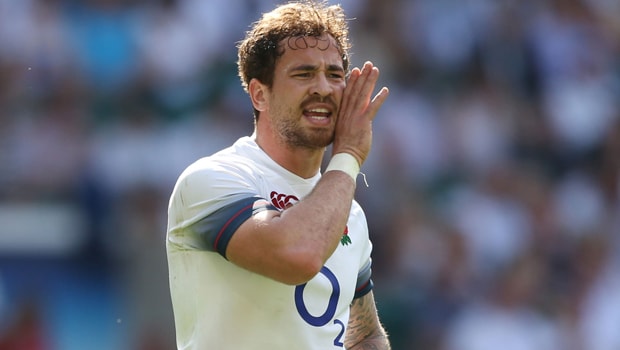 Danny Cipriani is eager to grab the chance of redemption in an England shirt when he lines up against South Africa this weekend.

Cipriani kicked a memorable 18 points during his exceptional England debut against Ireland in 2008, dislodging the legendary Jonny Wilkinson from the number 10 shirt.

Remarkably, that is one of just four starts in an England jersey, and a total of 15 caps for his country.

For a player who had the world at his feet as a 20 year-old, things haven’t gone to plan.

He will make his first start in a decade when England face South Africa in Cape Town on Saturday and Cipriani knows he must grasp it.

“2008 seems like just a minute ago,” Cipriani told BBC Sport.

“Time is a man-made construct, so it is what it is. “I wasn’t really in the moment then. I was young and everything was going by me.”

A late-night nightclub visit saw him left out of the 2008 Six Nations team before Cipriani suffered a broken leg not long after.

He moved to Australia in a bid to halt his often errant ways and he now feels he is ready to be looking forward, not towards his past.

“I just wanted a break from England at the time, I wanted to experience a different culture and lifestyle,” he explained on Thursday.

“But I was always going to come back. “Each year along the way there has been plenty for me to learn, and now I’m here I’m completely grateful. Could I have had this? Could I have that? I don’t know. But right now the opportunity is ahead of me.

“The mistakes I’ve made, the lessons I’ve learned – I’ve tried to become a better person.”

England have lost six games on the trot and boss Eddie Jones is under increasing pressure. They have already lost the series but will want to end with a win against the Springboks.

Cipriani, 30, replaces George Ford, who drops out of the 23-man squad.

England are 2.70 to beat South Africa, with the hosts 1.53 to win in Cape Town and complete a series whitewash.