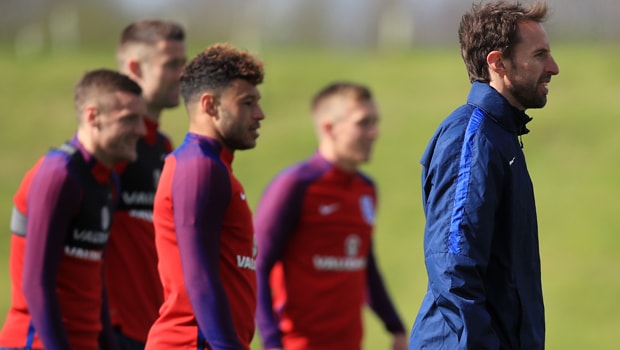 England manager Gareth Southgate insists his team are only interested in victory when they face Belgium in their final Group G game in Kaliningrad.

Both nations are assured of a place in the knockout stages at World Cup 2018 having defeated Tunisia and Panama so far. The winners on Thursday evening will take top spot in the group and Southgate has vowed that his team will be gunning for that ambition.

He dismissed theories England may even benefit from finishing below Belgium to map out an easier route in Russia, with Colombia potentially going to finish second in Group H.

“We have not won a knockout game at the World Cup since 2006, so why we would start plotting which would be a better venue for our semi-final would be beyond me,” Southgate said.

Southgate is expected to make changes with a place in the knockout stage assured, as will his Belgium counterpart Roberto Martinez, who is without four-goal striker Romelu Lukaku.

Harry Kane, England’s captain and the current leader in the Golden Boot race with five goals, is expected to start but others will be rested with Eric Dier among those set to come into the side.

For Southgate, the Belgian game is all about trying to add to the momentum gained in Sunday’s 6-1 demolition of Panama.

“We think that we need to keep winning football matches and we want to breed a mentality that everybody in our squad consistently wants to win,” he added.

“We have no idea who, when or where we will play in the next round. We are pleased we are there in that next round but we are building a team that everybody at home can see has a passion to play for England and are improving.”