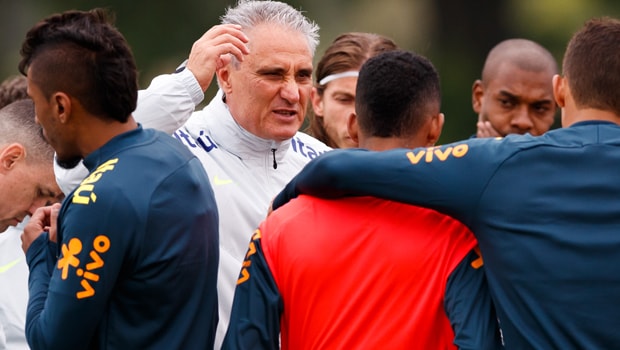 Brazil gained top spot in World Cup Group E after a relatively comfortable 2-0 win over Serbia at the Otkrytie Arena in Moscow.

The Selecao are warming to the task in Russia with each game it seems and they qualified ahead of Switzerland, who were held to a 2-2 draw in a cracking game with Costa Rica on Wednesday evening.

Paulinho gave Brazil the advantage at half-time, running onto a terrific through pass from Philippe Coutinho before beating Vladimir Stojkovic to the ball on the edge of the area for a poked finish into an unguarded net.

Serbia knew only a victory would be enough to keep their last-16 hopes alive and, to their credit, upped the ante in the second period with Aleksandar Mitrovic passing up two wonderful headed opportunities to restore parity around the hour mark.

They were made to pay a hefty price when Thiago Silva got on the end of Neymar’s corner on 68 minutes, doubling Brazil’s lead.

Tite’s side were measured thereafter and will go on to face fellow South American nation Mexico in the first knockout round in Samara on Monday.

Serbian coach Mladen Krstajic feels the five-time winners are now firmly in the mix to win another World Cup, especially after reigning champions Germany were stunningly knocked out at the end of their group stage.

“It’s difficult to play such an open game against a powerhouse of football like Brazil,” he said.

“We need to up our game, elevate the quality to a higher level, improve what is good and eliminate the weaknesses.

“Not just now, but before the World Cup, Brazil were among the favourites to win.

Football is like that, Germany are out and Brazil are certainly one of the favourites to win the tournament.”