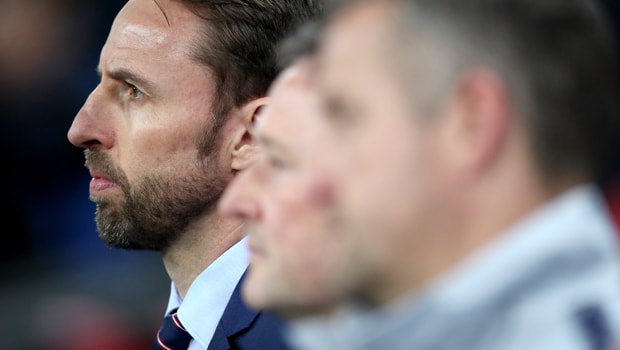 England were 90 seconds away from booking their place in the last eight in normal time on Tuesday before Yerry Mina headed in a stoppage-time equaliser for Colombia, taking the match into a further 30 minutes.

Neither side came up with a winner, meaning penalties were required and the Three Lions managed to overcome previous spot-kick failures to win the shoot-out 4-3.

It was a fantastic win for Southgate’s men but may have come at a cost, with the manager sweating over the fitness of several key players ahead of the Sweden showdown.

Tottenham Hotspur midfielder Dele Alli was subbed in the 81st minute and there are also doubts over the fitness of Ashley Young, Kyle Walker and Jamie Vardy, with the striker reportedly receiving an injection after the Colombia game.

“So, hopefully, he’s come through it OK. We have got to check a couple. I think Kyle’s is cramp. We’ve got to check Ashley’s, which is more of an ankle. Vardy feels a bit with his groin.

“You never know with cramp whether that is just cramp or something a little bit more. But that will take a good 36 hours. We are probably a little bit behind on our prep but we will judge that.”

England are 1.95 favourites to pick up the win in normal time on Saturday, the draw is priced at 3.30 while Sweden, who beat Switzerland 1-0 in the last 16, are the 4.50 outsiders.