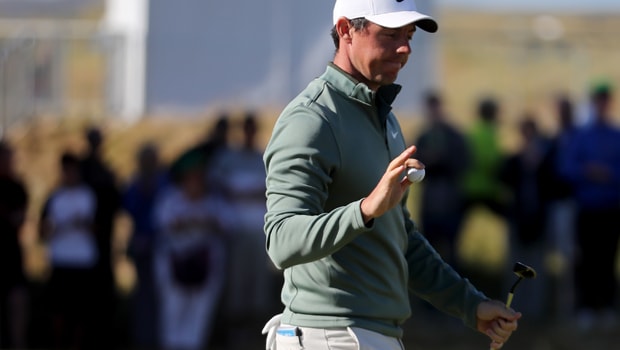 Former world number one Rory McIlroy says his wait for a fifth major title is not affecting him and he would be content if he finishes his career with his current haul in the ‘big four’ events.

Northern Irishman McIlroy, who has slipped to eighth in the world rankings, broke his major duck at the 2011 US Open before going on to win the 2012 US PGA Championship.

The 29-year-old triumphed at the Open in 2014 before landing the US PGA the same year, meaning he needs just the Masters to join an elite list of players to have completed the career Grand Slam.

He has come close to winning the coveted Green Jacket on a couple of occasions, most recently in April this year as he teed off in the final group but ended up finishing six shots behind eventual winner Patrick Reed.

Much is being made of McIlroy’s major drought but the 13-time European Tour winner is not concerned by his failure to add a fifth trophy to his cabinet.

“Look, if I didn’t win another major for the rest of my career, nothing is going to change in my life whether I win one or not,” he was quoted as saying by Irish Golf Desk.

“Obviously I don’t feel like I’ll have fulfilled my potential. But at the same time, there are other things in my life that are more important than golf.

I’d be disappointed, but again, it’s not going to change things. I don’t panic. It doesn’t keep me up at night.”

McIlroy will be gunning for Open glory at Carnoustie this month, while Ryder Cup revenge will also be on his mind for the event at Le Golf National later this year.

Europe are 2.15 to win back the trophy they lost at Hazeltine in 2016, the draw is priced at 12.00, while defending champions the USA are 1.80 favourites to triumph.