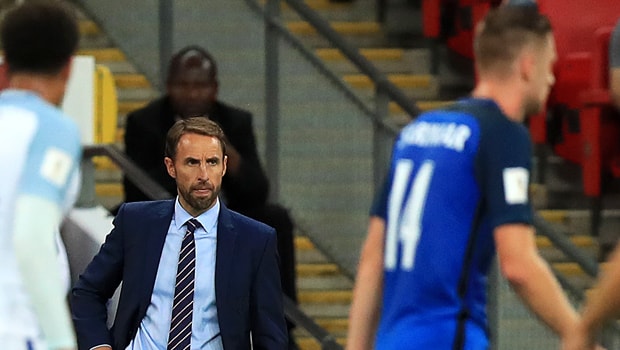 England boss Gareth Southgate says his team have prepared for their World Cup opener against Tunisia the same as they would if they were facing Brazil.

The Three Lions face the African nation in Volgograd on Monday evening in their Group G opener and England are favourites to start with a win.

Belgium face Panama earlier in the day and the European nations are both expected to progress to the knockout stages.

Southgate though is very respectful of Tunisia and how they will approach the game.

They lost only via a late goal in a 1-0 friendly defeat to Spain recently and England are taking nothing for granted.

“For every opponent, we would prepare exactly the same – not to flood the players with information about the opposition.

I think we’ve done the same with Tunisia as we would for Brazil,” Southgate said.

Their organisation against Spain was excellent and this is a big test for us.”

Belgium are ranked third in the world, while England are 12th and Tunisia 21st, with Panama down in 55th spot. Southgate denies the charge the England’s group is weak.

“When the draw was made, everyone had this perception that it was the easiest group. I would argue it is one of the most difficult with ourselves, Tunisia and, of course, Belgium, in terms of the Fifa world rankings,” he added.