Brooks Koepka is king of the Hills 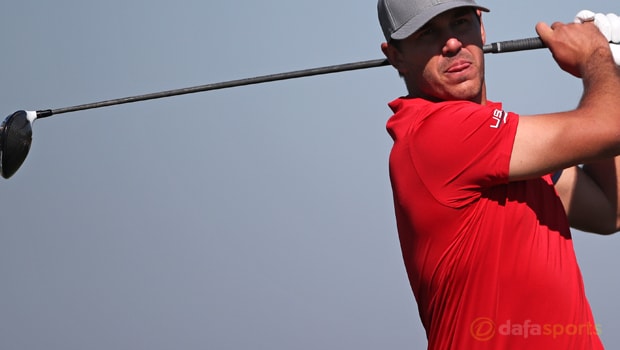 Brooks Koepka became the first man in three decades to retain the US Open crown as he survived the gruelling test of Shinnecock Hills for a one-shot win.

The big-hitting American went into the final round in a four-way share of the lead alongside playing partner Dustin Johnson, Daniel Berger and Tony Finau.

Koepka was controlled for much of the final round, while world number Johnson couldn’t get his putter to comply and often struggled to apply pressure.

Playing in the final group in a Major for the first time, both Finau and Berger made their mistakes and so it was England’s Tommy Fleetwood that piled the pressure on Koepka.

The European number one set the clubhouse target on one-over par after he shot a scintillating 63 – the joint-lowest round in US Open history.

Fleetwood agonisingly left a birdie try on the final hole inches short for an historic 62 and, as it turned out, a potential playoff.

Koepka led by two when he bombed a drive down the 72nd hole but a hooked approach shot led to a closing bogey and a one-shot win over Fleetwood.

Off the back of last year’s win at Erin Hills, Koepka is the first player since Curtis Strange in 1989 to secure back-to-back US Opens.

Having defied a recent wrist problem and three-month absence from golf, Koepka suggested he isn’t shocked that he was able to bounce back so quickly after his injury turmoil. “No,” he said.

“I mean, last year at the British, I think I played once from the US Open to the Open and then came out, and I think I had a piece of the lead.

“I don’t need to practice every single day. It’s the same game I’ve been playing for 24 years now.

“I know what I’m doing. I know how to swing a golf club. It’s just a game that I’ve been playing my entire life.”

Koepka can be backed at 23.00 to win the Open Championship next month at Carnoustie, while world number one Johnson is favourite at 11.00 and Fleetwood is 19.00.