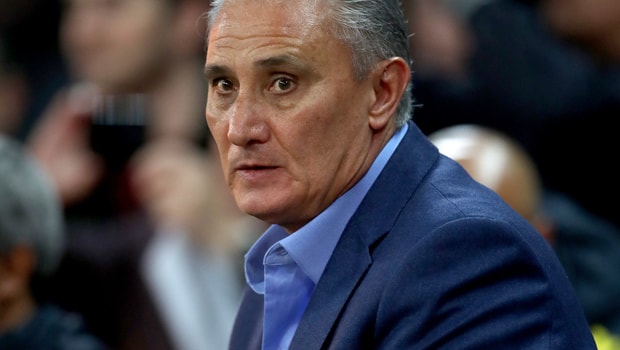 Brazil boss Tite was in no mood to accept Switzerland’s equalising goal after a disappointing 1-1 draw to start their World Cup journey in Rostov-on-Don.

The pre-tournament favourites assumed the lead when Philippe Coutinho’s curled in a stunning opener on 20 minutes but Brazil lacked the fluency and flair many had come expecting.

Gabriel Jesus and Willian played alongside Neymar in a front three full of potential, with Barcelona’s Coutinho behind them pulling strings.

Brazil could not get going and they were stunned shortly after half-time when Steven Zuber’s header from a corner levelled things up.

Brazil felt a covering defender was shoved out of the way but, those with designs on winning the tournament will already be sensing defensive frailty from the Samba boys.

Tite felt the performance was not up to scratch, but also that Switzerland’s goal should have been wiped off.

“We had too many balls off target, if we had been a bit more focused we could have made the goalkeeper work a bit more.

My expectation of course was to get a victory and of course I’m not happy with the result,” he said.

“It (Switzerland’s goal) has nothing to do with positioning, it was a foul.”