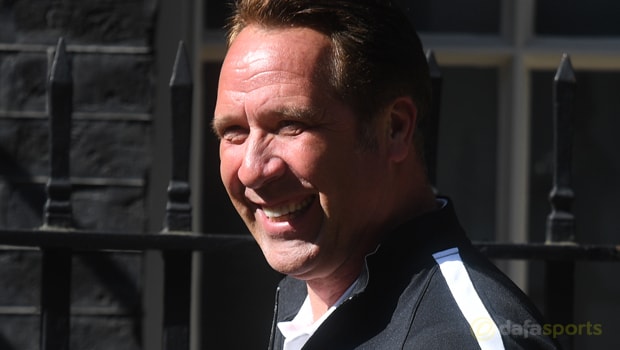 Former England goalkeeper David Seaman concedes he cannot split Jordan Pickford and Jack Butland in their race to be first choice at the World Cup in Russia.

Three Lions boss Gareth Southgate faces a tough call between the Everton and Stoke men ahead of the Group G opener against Tunisia in Russia.

Pickford has been handed the number one shirt and played in Saturday’s friendly against Nigeria at Wembley although Butland started Thursday’s win over Costa Rica at Elland Road.

He was replaced by Burnley’s Nick Pope for the final 25 minutes, with the Clarets stopper making his international debut.

It appears to rest between Pickford and Butland for the June 18 showdown with Tunisia in Volgograd and Seaman, who went to three World Cups with England, feels there is nothing between them.

“He (Southgate) has got a big decision, whether he goes with Jack or Jordan,” Seaman told PA Sport.

“They are both young goalkeepers but they need to go out there and express themselves and enjoy it.

“They have not got the experience but they are in the World Cup, they have got the talent, they have to go out and show it and step up.”

The ex-Arsenal goalie says he would be struggling to make the call himself but suggests Southgate will be seeing a lot more in training as the countdown intensifies.

Seaman added: “I don’t know who I would pick. That is Gareth’s decision, they are both similar standards and what will make Gareth’s mind up is training.

“If I look at it, it looks like Jordan is going to get it because he is always in there first. We will see what happens.”