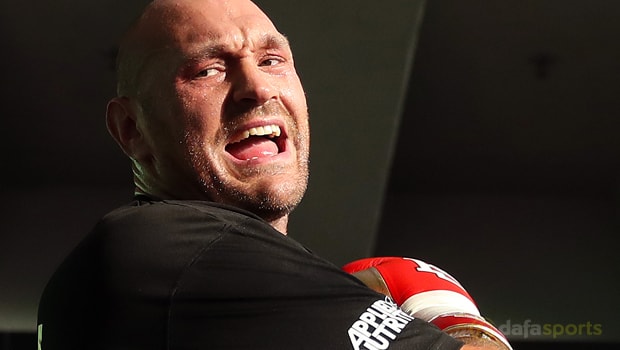 Tyson Fury says he will knock Sefer Seferi out by the fifth round of their fight at Manchester Arena on Saturday.

Former unified heavyweight champion Fury will be making his return to the ring for the first time in two-and-a-half years when he takes on Albania’s Seferi.

Fury is the overwhelming favourite to win the bout but is wary of facing his opponent as he is a bit of an unknown quantity.

Seferi has won all but one of his 24 professional fights, with 21 of those victories coming by knockout.

Speaking to Fighting Pride, Fury said: “I don’t know what to expect from Seferi, he’s got me on edge really.

“He could be the second coming of Evander Holyfield, who knows? But I know what I can do and I’m not really too bothered what he can do.”

However, the ‘Gypsy King’ still expects to have the fight wrapped up by the conclusion of the fifth round.

Fury is expected to have busy year in the ring following his lengthy absence and has claimed he wants to be a world champion again by the end of 2018, which could indicate a bout with fellow Briton Anthony Joshua is in the pipeline.

First and foremost Fury must beat Seferi on Saturday and he is priced at 7.50 to claim victory in round five.