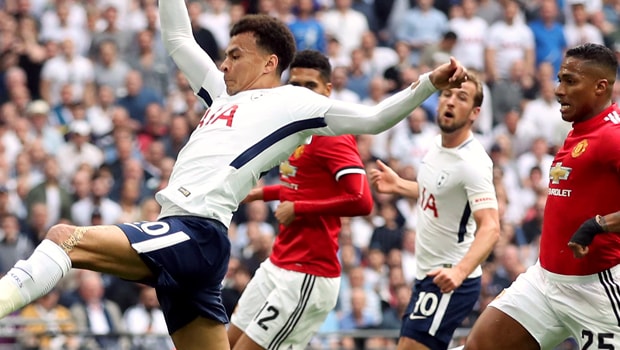 Danny Rose has urged England team-mate Dele Alli not to rush his recovery from injury as this could jeopardise the midfielder’s participation in the rest of the 2018 World Cup.

Tottenham ace Alli picked up a thigh injury in the 2-1 victory over Tunisia and he was missing for the 6-1 thumping of Panama last time out, a result that ensured the Three Lions’ place in the last-16 stage of the tournament.

Next up for Gareth Southgate’s men is a clash against Belgium, who like England have six points, and a draw would be enough for the 1966 champions to go through as Group G winners as long as they maintain a better disciplinary record than the Red Devils.

It is claimed both teams will make changes for the contest at the Kaliningrad Stadium on Thursday although Harry Kane, who leads the Golden Boot race with five goals, is hoping to continue up front.

Rose is in line to replace Ashley Young at left wing-back but the Spurs star, who was restricted to just 10 Premier League appearances this past season, has urged Alli not to make any rash decisions in a bid to play against Belgium.

“Dele has joined in training for the last couple of days and he told me earlier the manager has put no pressure on him to be available,” he told Standard Sport.

“He just wants him to get right and the sooner we have 100 per cent Dele, the better it is for England.

“We just have to wait and see. I just hope he is very sensible because Dele is one of those who will try and play with a broken leg.

You hope that he won’t declare himself 100 per cent when it could jeopardise the rest of his tournament. He is not far away but he’s still raring to go.”

England are narrow 2.75 favourites to win Thursday’s encounter, a draw is priced at 3.10 whilst Belgium are a 2.88 chance to triumph.