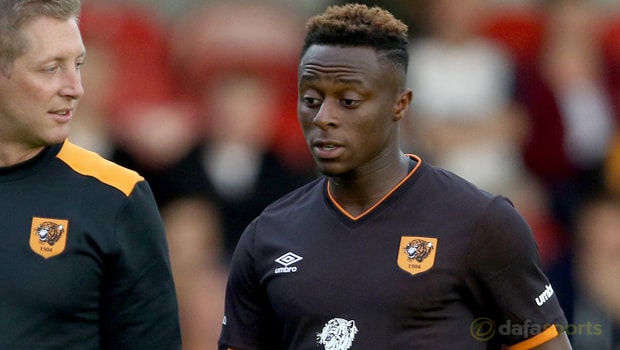 Scottish champions Celtic have reportedly invited Moses Odubajo to come and train with them ahead of a possible move for the defender to Parkhead.

Former England Under-20 international Odubajo was one of the hottest prospects around a couple of years ago after impressing for Hull City throughout the 2015/16 campaign.

The 24-year-old made 45 Championship appearances during his debut season at the KCOM Stadium and he helped the Tigers earn promotion to the Premier League with a play-off final win over Sheffield Wednesday.

Much was expected from the right-back in England’s top flight but he picked up a devastating knee injury in the lead-up to the 2016/17 campaign and he has not played a single match since that playoff victory.

The Greenwich-born star’s contract is set to expire at the end of this month and he will officially become a free agent on July 1, bringing his three-year stay at Hull to an end.

Celtic, who are firm 1.08 favourites to retain the league title next term, have reportedly offered Odubajo a chance to resurrect his career after inviting the defender to join the team’s training camp in Austria.

Manager Brendan Rodgers, who has been linked with a return to Premier League management, will run the rule over the right-back over the next week or so before deciding whether to put a contract offer on the table.

Odubajo, who also spent time at Leyton Orient, St Albans City, Sutton United, Bishop’s Stortford and Brentford, is finally back to full fitness and he will be hoping to take this opportunity with both hands.

The defender would become the third new arrival at Parkhead this summer, following the signings of Odsonne Edouard from Paris Saint-Germain and Scott Bain from Dundee.