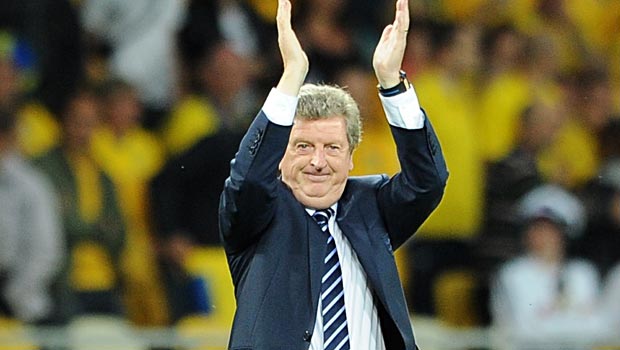 England manager Roy Hodgson says the 3-0 win over Peru at Wembley on Friday night was the perfect send-off for his team ahead of the World Cup.

Goals from Daniel Sturridge, Gary Cahill and Phil Jagielka secured the victory for the Three Lions in their final home friendly before the World Cup finals in Brazil.

Having spent two weeks at a training camp in Portugal, England will now travel to Miami where they will play friendlies against Ecuador and Honduras.

Hodgson believes the victory in front of a vocal home support on Friday is just what was needed for his team before heading off abroad.

“It is the perfect end to a perfect two weeks. It was a wonderful send-off to the World Cup by a quite incredible crowd,” he said.

England were held by Peru for 32 minutes until Sturridge broke the deadlock with a stunning strike from 20 yards.

“It didn’t look as if it would be too comfortable in the first half, but as soon as Daniel scored that wonderful goal the game wasn’t in doubt,” added Hodgson.

“To do it in front of 85,000 people was a great send-off, the atmosphere was a vote of confidence.

“When you play against teams with 10 men behind the ball you have to be patient but I had no doubt we would win.”

Their first fixture is against Italy in Manaus on June 14 and captain Steven Gerrard says the team cannot wait to get going.

“The important thing is we are ready to peak in 10 days’ time,” said Gerrard. “Against Italy we’ll be raring to go. Hopefully we’ll give a top performance and I am confident we can do that.”