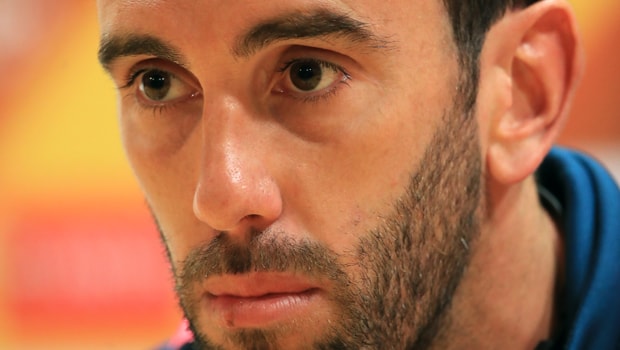 Uruguay defender Diego Godin insists his side have not altered their plans following the news that Egypt star Mohamed Salah should be fit for their World Cup opener on Friday.

The two teams are scheduled to go head-to-head in Yekaterinburg and Egypt, who will be playing their first match at a World Cup finals since 1990, have been boosted by the news that star man Salah should be fit to start the match.

The Liverpool forward, who was his country’s top scorer during qualifying for the finals, had been a major doubt for their tournament opener due to the shoulder injury he picked up in last month’s Champions League final, but he has seemingly been given the all-clear to play.

Uruguay captain Godin is certainly wary of the threat that Salah will pose his side, although he insists they will not alter their preparations for the impending return of the 25-year-old.

“We have been preparing a long time ago to play the World Cup and it does not depend on a player,” Godin told a news conference.

“[Salah] is a big, decisive player and we prepare ourselves in the same way whether he is [available] or not.”

The Atletico Madrid centre-back certainly knows La Celeste will have to be on the top of their game against Egypt and a win may well be imperative with hosts Russia having won their Group A opener 5-0 against Saudi Arabia on Thursday.

He added: “We are at the maximum concentration, we prepare ourselves conscientiously considering Egypt , but we prepare in the same way.”

Uruguay, who reached the semi-finals of the World Cup in 2010, are priced at 1.62 to begin the tournament with a victory, while Egypt are available at 6.50 and the draw is on offer at 3.60.