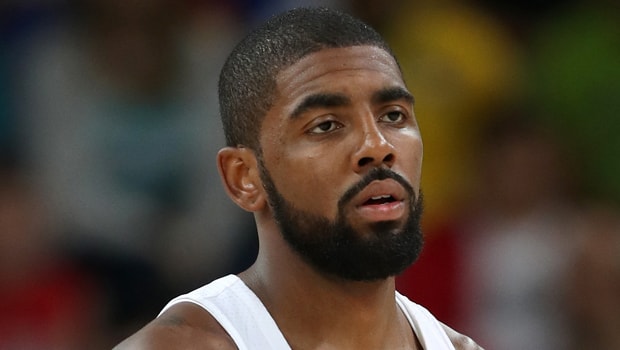 Kyrie Irving believes the Boston Celtics now have ‘championship pedigree’ and he is looking forward to next season at the TD Garden.

The Celtics narrowly missed out on a first Eastern Conference title since 2010 when they suffered a narrow 4-3 series defeat to Cleveland Cavaliers last month, while their wait for an 18th NBA Championship will now stretch beyond a decade.

However, the Celtics did well to even challenge the Cavaliers for the Conference title, as they went through the playoffs without the services of key men Irving and Gordon Hayward, who were both sidelined with respective long-term injuries.

That meant inexperienced trio Jayson Tatum, Jaylen Brown and Terry Rozier had to come of age during the playoffs and Irving believes all three players showed they are now ready to feature in the NBA on a regular basis.

“When they were afforded the opportunity to take the reins of the team, you saw them take full advantage of it,” the 26-year-old told reporters.

Irving also believes the experience the trio have gained this year will stand them in good stead and he is excited about Boston’s chances of winning a first NBA Championship since 2008.

“I’m excited. What makes it even more exciting and the challenge is now we have championship pedigree,” he added.

“They have experience, our young guys that sometimes other young guys in the league aren’t necessarily afforded. They gained a lot of experience, and now it can only help us going forward.”

Boston are priced at 7.00 to claim the NBA Championship next term, although defending champions Golden State Warriors, who have sealed overall glory in three of the last four years, could well be the team to beat once again when the new season gets underway.