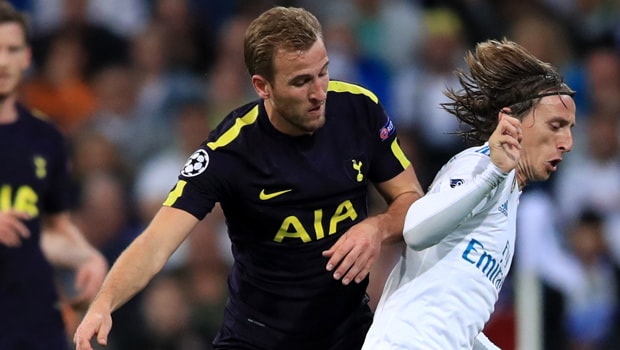 Croatia captain Luka Modric admits his side are aware of the threat that England will pose when they meet in the semi-finals of the World Cup in Moscow.

The Real Madrid star was on hand to help his side reach the final four after they beat Russia on penalties on Saturday night.

Croatia were minutes away from going through in extra time but Russia defender Mario Fernandes headed home in the 115th minute to force penalties.

However, he then missed a penalty and that allowed Barcelona’s Ivan Rakitic to step up and send his team through to the semi-finals in Russia.

England reached the final four thanks to a 2-0 win over Sweden, with Harry Maguire heading home from a corner and Dele Alli adding a second after the break.

The Three Lions have looked a real threat at set-pieces and Modric admits that is a worry ahead of the game in Moscow.

“We expect a very difficult, tight and demanding match against England, like every match at the World Cup,” he said.

“We have to enjoy the moment and we then have to focus on England. I’m sure we will prepare well.

“We watched the game today and saw how good they are from dead-ball situations. We will have to improve on our set-piece defending between now and Wednesday as we conceded from one at the end of the game today.

“I do believe we played a fantastic second half and at certain moments we lacked power. We’ve now played 120 minutes twice in six days so this will leave a mark on you.”