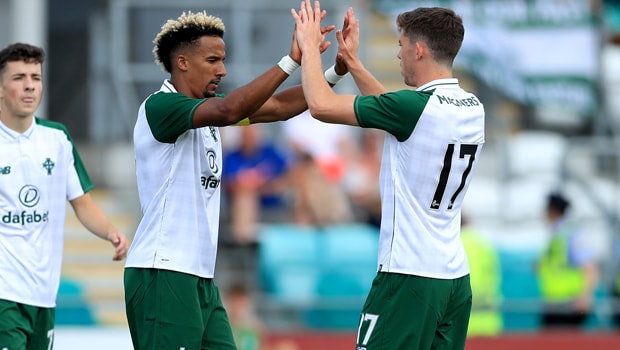 Celtic winger Scott Sinclair insists he is unfazed by this week’s trip to Armenia to start their Champions League campaign.

The Hoops will take on Alashkert on Tuesday with the temperatures expected to could cause their squad problems.

Forecasts suggest it could be as hot as 40 degrees during the game but Sinclair insists his team are focused on their goal.

Sinclair, who has scored 43 goals since his move from Aston Villa, is adamant he and his team-mates are just focusing on the game and not letting other factors distract them.

He said: “We’re getting used to this heat, but it’s going to be tough. I’ve only felt that before beside the pool in Dubai!

“I’ve scored a lot of big goals in the Champions League qualifiers and enjoy these games. As a player, these are the matches you want to play in.

“I’m excited and looking forward to the season.” Celtic warmed up for the game with a 7-0 win over Shamrock Rovers in Dublin on Saturday.

Strikers Moussa Dembele and Odsonne Edouard both netted during the game at the Tallaght Stadium.

Celtic were 5-0 up before coach Brendan Rodgers decided to make wholesale changes to his team.

Despite the easy win, Rodgers insists it was a good experiment for his side.

He told reporters: “It was a very good exercise. The first 65 minutes the team looked very strong and powerful and scored some very good goals.

“We need some more work on the shape of that team in terms of some of the relationships within it, especially defensively, but keeping a clean sheet was good.”