Harry Maguire shocked by his rise 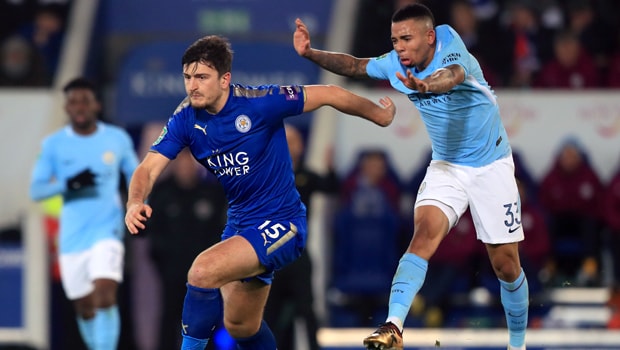 England and Leicester City defender Harry Maguire admits he has been surprised by his rise through the ranks after he netted to help the Three Lions reach the semi-finals of the World Cup.

The former Sheffield United centre-back has gone from a Championship player to potential World Cup winner in just three seasons.

Maguire joined the Foxes last summer for £17million and continued his improvement under coach Claude Puel.

He was famously pictured at Euro 2016 as a fan but Maguire was the star of the show on Saturday as England beat Sweden 2-0.

When asked about his rise, the 25-year-old admits it has all happened quickly and he may need time to let the dust settle.

“It’s a remarkable rise I have had over the last year or two,” he told reporters.

“At the moment I’m in a bubble and maybe I’ll realise my achievement over time.

“It’s another massive game in the semi and one that we will have belief in.

It was my first international goal on the biggest stage of them all. Going into a World Cup semi-final, it doesn’t get much better than that.

“A high percentage of goals in knockout games come from set-plays and we have worked hard on them.

We felt we could dominate the ball. We knew set plays were a big thing. The deliveries have been brilliant and we have managed to get our heads on them.”

Maguire will be hoping to lift the trophy this summer before taking a break and returning to Leicester duty next season.

He may not be expected to play in the club’s first game of the season though after his World Cup exertions, with the Foxes travelling to Manchester United on August 10.