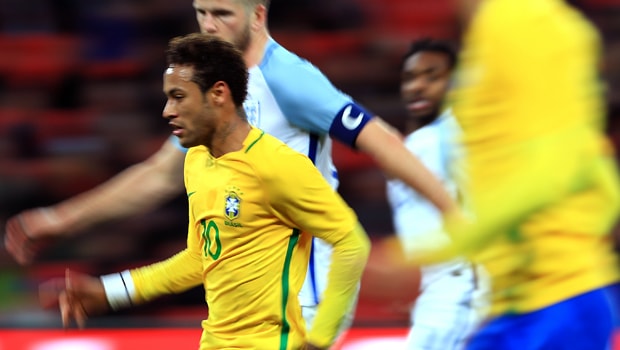 Brazil’s team doctor Rodrigo Lasmar says Neymar has fully recovered from his foot injury although the Paris Saint-Germain forward is still getting back up to speed with everything.

Neymar, who joined PSG last summer from Barcelona in a world-record deal, picked up a foot injury back in February and he missed the remainder of the season with the issue.

There were serious doubts over the 26-year-old’s participation at the 2018 World Cup in Russia but he managed to overcome the injury in time for the showpiece tournament.

Brazil, who are 5.50 to lift the trophy, have managed to amass four points from their first two Group E games, drawing 1-1 with Switzerland before beating Costa Rica 2-0.

Neymar, who scored 19 goals from 20 Ligue 1 appearances this past season, opened his World Cup account against Los Ticos and there were signs he is getting back to his best from that performance.

Lasmar, Brazil’s team doctor, says Neymar has overcome the foot injury that cut his season short but is still trying to find his feet.

“I would like everyone to understand Neymar’s situation, and that he no longer has any problem with his right foot,” he told journalists at Brazil’s World Cup training base in Sochi.

“He has totally recovered but he is still building up his rhythm and his confidence. He is feeling better with every game.”

Brazil’s final group game is against Serbia on Wednesday and Tite’s men are 1.53 favourites to pick up the win, a draw is priced at 4.33 whilst their opponents are 6.50 outsiders.