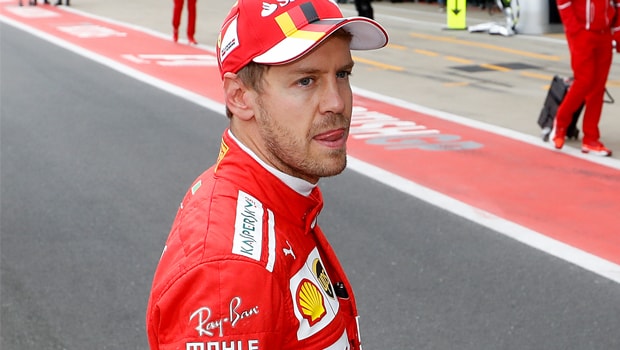 Ferrari’s Sebastian Vettel has accepted the blame following his collision with Mercedes’ Valtteri Bottas during the opening lap of the French Grand Prix on Sunday.

Vettel, who went into the race as the Drivers’ Championship leader, started third on the grid at Circuit Paul Ricard, but he appeared to get out the blocks quickly and was challenging Bottas for second place at the very first corner of the race.

However, the German then appeared to lose control of his SF71H and he crashed into the back of Bottas, causing the Finn’s car to suffer a puncture, while his own vehicle required a nose change.

Both drivers were forced to take an early pit-stop following the incident and Vettel received a five-second penalty for his involvement, although he was able to recover and finish in fifth-place, while the damage was more lasting for Bottas, who had to settle for seventh spot.

After the race Vettel accepted he was at fault for the incident and he also confirmed that he has since apologised to Bottas.

“My start was too good and then I ended up with nowhere to go,” said Vettel.

“It was my mistake. I tried to brake early and get out of it but I had no room.

“For Valtteri it was very bad because it affected his race and he had nothing to do with it, so I went to him after the race.”

Bottas’ Mercedes team-mate Lewis Hamilton went on to win the race and that meant he regained the Drivers’ Championship lead from Vettel.

Hamilton now holds a 14-point advantage at the top of the standings and is priced at 1.40 to claim a fifth world title this year, while Vettel, who is chasing a first championship since 2013, is available at 3.00.