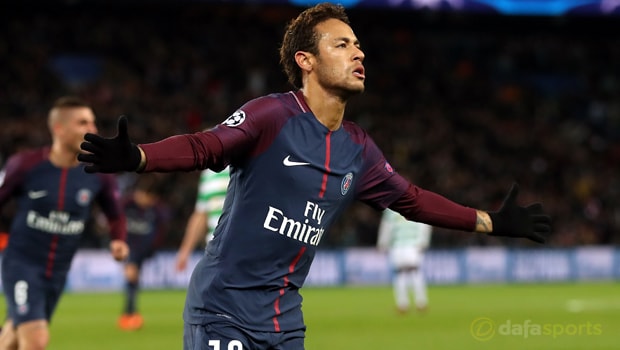 Paris Saint-Germain forward Neymar says he is feeling good after returning from a lengthy injury lay-off and has set his sights on winning the 2018 World Cup with Brazil.

Neymar made the headlines last summer when leaving Barcelona for PSG in a world-record move and he made an impressive start to life at the Parc des Princes, scoring 19 goals from 20 Ligue 1 appearances.

However, the 26-year-old’s season was cut short when he suffered a foot injury in the 3-0 win over Marseille back in February, leaving doubts over his participation at the major event in Russia this summer.

Although yet to play a competitive match, the forward has been training with Brazil over the past 10 days, easing fears he may not have been fit for the start of the tournament.

Tite’s men have been drawn in Group E, arguably one of the easer draws on paper, alongside Serbia, Costa Rica and Switzerland and the Selecao are 1.25 favourites to top their pool.

Neymar is aiming much further than just getting out of the group, signalling his intent to lead his country to glory.

“Physically I’m fine, even if I have to adapt to some things, I still have some annoyance but nothing that can affect me even if I’m not 100%,” he said.

“I see Brazil at the top. We have so many good players in the tournament and, as Tite says, we will go there to win.”

Brazil are top of the betting at 5.00 to win the World Cup, defending champions Germany are a 5.50 chance whilst 2010 winner Spain are priced at 6.50.