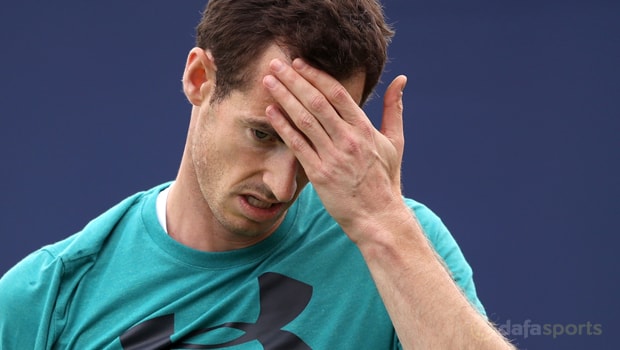 Andy Murray confirmed he had withdrawn from Wimbledon on the eve of the tournament with a ‘heavy
heart’.

The two-time SW19 champion has been battling to prove his fitness having spent most of the last 12 months on the sidelines.

He was eventually forced to concede that facing into five-set matches at Wimbledon would be asking too much of his body so soon after his hip surgery. The 31-year-old Scot had been drawn against Frenchman Benoit Paire in the first round of the Championships, but will not be taking up that engagement.

Instead, Murray has vowed to get fit for the hard-court season in late summer and into the autumn, with the US Open likely to be his main focus.

“It is with a heavy heart that I’m announcing that I’ll be withdrawing from Wimbledon this year,” the three-time Grand Slam champion said.

“We’ve decided that playing best-of-five-set matches might be a bit too soon in the recovery process.

“I will start practising on the hard courts from tomorrow and continuing with my rehab and recovery and I’m looking forward to the US hard-court season.”

Murray returned to competitive action at Queen’s in June, losing to Nick Kyrgios, then played at Eastbourne, where he was beaten by current British number one Kyle Edmund.

Former world number one Murray won Wimbledon in 2013 and again in 2016 and this will be the first time in 11 years that Murray has not played at the All England Club.

Defending champion Roger Federer is favourite at 2.75 to win another Wimbledon crown while recent French Open winner Rafael Nadal is 8.00 having taken over from the Swiss as world number one last week.