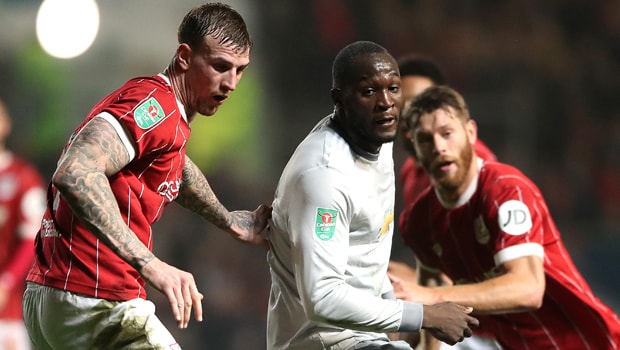 Roberto Martinez has confirmed that Belgium’s in-form striker Romelu Lukaku will not be fit to start Thursday’s World Cup clash with England.

England and Belgium square off in Kaliningrad in their final Group G game, with top spot at stake.

Both teams are assured of a place in the last 16 already, with the winners to take top billing in Group G, after they both disposed of Tunisia and Panama. Martinez said Lukaku has received “good news” regarding his injury but he won’t be risked against England, with the game coming “one day too early for him”.

The Manchester United goal poacher is not rated as an early doubt for Belgium’s first knockout tie in Russia, however.

“I don’t think it is going to take any longer than that,” said Martinez.

Lukaku has scored four goals so far in two games at World Cup 2018, leaving him one behind England’s Harry Kane in the race for the Golden Boot.

The latter fired a hat-trick on Sunday as England routed Panama 6-1, with Lukaku having netted his second brace of World Cup 2018 a day earlier in Belgium’s 5-2 win over Tunisia.

Belgium and England go into the final Group G game level on points, level on goal difference and level on goals scored.

Therefore if they draw in Kaliningrad, their disciplinary records will decide who finishes top of the group and England have had two yellow cards so far, compared to Belgium’s three.