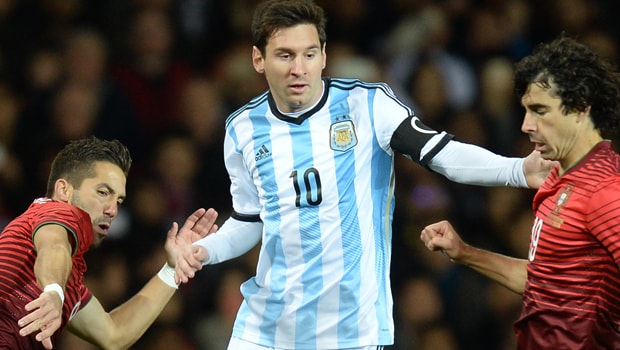 Lionel Messi says he knows all about the quality France possess and the Argentina captain is adamant his side will find a way to get past Les Bleus in the last-16 stage of the 2018 World Cup.

Argentina were on the brink of suffering an early exit from the major tournament in Russia on Tuesday until Manchester United defender Marcos Rojo popped up with an 86th-minute winner to clinch a 2-1 victory over Nigeria.

La Albiceleste ended up finishing second in Group D, five points behind Croatia, and the South American outfit will now take on France, who are 11.00 to win the title for the first time since 1998, in the last-16.

Didier Deschamps’ men, who lost in the Euro 2016 final to Portugal, have not looked at their fluent best in the tournament so far but they did manage to top Group C with two victories and a draw.

Saturday’s clash at the Kazan Arena will be the fifth meeting between the two nations and Argentina have won all four previous encounters, with the most recent meeting coming back in 2009.

Messi, who has bagged two World Cup goals so far and is 26.00 to win the Golden Boot, knows it will be a real test for his side to progress into the quarter-finals for the fourth successive tournament.

Speaking at a post-match press conference, he said: “We know France are a good side and we will find a solution to their antics.”

Argentina, who are 13.00 to win the World Cup for the third time, are the 3.40 outsiders to pick up the win on Saturday, a draw is priced at 3.10 whilst France are 2.38 favourites to move into the last-eight.