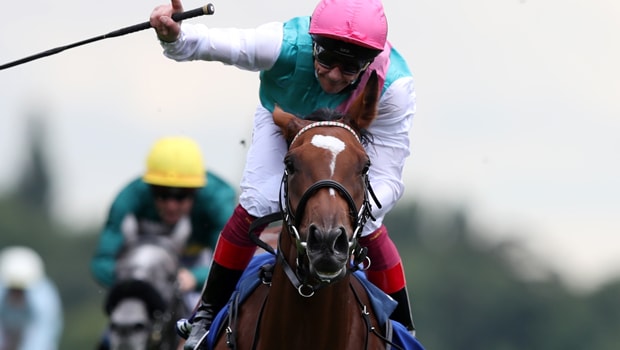 John Gosden has reported star filly Enable to be making sound progress in her return from injury, with the defence of her Prix de l’Arc de Triomphe crown firmly on target now.

A daughter of Nathaniel, Enable propelled herself to stardom last season by winning six races on the spin, five of them at Group One level.

She landed the English and Irish Oaks, the King George VI and Queen Elizabeth Stakes, the Yorkshire Oaks and, finally, the Arc at Chantilly.

She has, however, been on the easy list since early last month, when she suffered a knee problem while being readied for her seasonal return in the Coronation Cup at Epsom this month.

The four-year-old has been walking and trotting at Gosden’s Clarehaven Stables since but the trainer is now able to get her out on the all-weather gallops on Warren Hill.

Gosden is very happy with her progress. She received an entry for York’s Juddmonte International on Wednesday and, while he has confirmed one run is likely before going to Longchamp for the Arc, the trainer concedes it is too soon to be pinpointing a target.

“Enable is enjoying being out of the yard and seeing everything, and is doing one canter on Warren Hill at the moment,” he said.

“All being well the plan is to give her one run before another crack at the Arc, but it’s too early to say where that run will be yet.”

Enable is 5.00 favourite to emulate 2013/14 winner Treve by recording back-to-back successes in the Prix de l’Arc de Triomphe as it returns home to the redeveloped Longchamp this autumn.