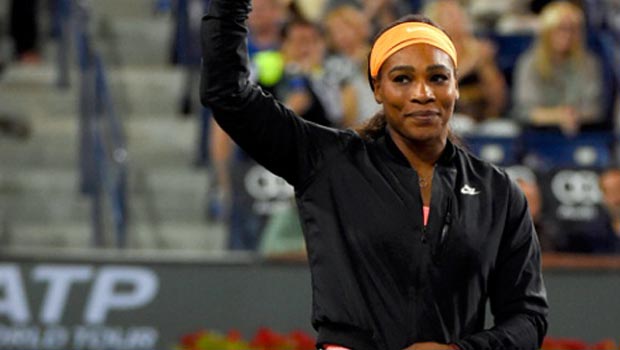 World number one Serena Williams says she is “just happy” to have made it past Timea Bacsinszky and make into the BNP Paribas semi-finals at Indian Wells.

The top seed never looked at her fluent best and her plucky Swiss opponent, who was on a 15-match winning streak heading into the clash, did lead in the opening set after breaking the American’s serve.

The 2015 Australian Open champion responded in great fashion though and two breaks of her own helped her to take the first set by a 7-5 scoreline.

The second set went more to form as the 33-year-old recorded four straight breaks of serve, Williams winning four of the final five games to as she recorded a 7-5 6-3 triumph.

The multiple major winner has now won her last 15 matches but the semi-finalist is not going carried away after admitting performances have been not been up to scratch at Indian Wells.

“I’m just happy I was able to get through and still be alive in this tournament when I haven’t clearly been the Serena that we all know,”

she said. “The only thing is I know can I play a lot better. I really take a lot of solace in that.

“Even if I don’t win this event, I know I can play a tremendous amount better than what I have been playing.”

Williams is playing for the first time at Indian Wells in 14 years after ending her boycott of the tournament and the American will now take on Simona Halep in the last-four.

The Romanian beat 12th seed Carla Suarez Navarro, 5-7 6-1 6-1, and will look to record another victory over the world number one having beaten her last autumn in the WTA Finals.

Williams is the firm favourite at 1.65 to win the BNP Paribas Open while the field are priced at 2.35.