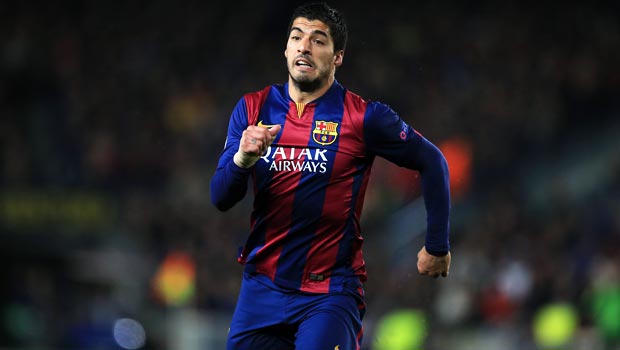 Barcelona forward Luis Suarez says the Catalans must be at their very best when they take on Real Madrid in El Clasico on Sunday at the Camp Nou.

The Uruguayan, who joined the Spanish club back in the summer from Premier League outfit Liverpool, has been an ever-present in the team since completing his ban for biting an opponent at the World Cup in Brazil.

The successful forward trio of Suarez, Neymar and Lionel Messi has helped Barcelona rise to the top of the table and they head into Sunday’s match one point ahead of Madrid.

Head coach Luis Enrique has guided the Catalans to nine victories from their last 10 outings in La Liga and they are certainly the team in form right now, having just knocked Manchester City out of the Champions League on Wednesday, winning 3-1 on aggregate and 1-0 on the night.

Barcelona will also be looking to avenge the defeat suffered at the Santiago Bernabeu earlier in the season with Madrid recording a 3-1 victory thanks to goals from Cristiano Ronaldo, Pepe and Karim Benzema.

Messi could once again prove to be the difference in the clash and the Argentina captain is leading the scoring charts in La Liga this season with 32, two ahead of Ronaldo.

Suarez, who has bagged seven league goals from 18 appearances, believes Barcelona will need to be on top form if they are going to collect all three points on Sunday.

“We have to be at our best [in time for the Clasico],” he said in an interview with Gol TV. “We have to enjoy it but we must concentrate on trying to do our best to get the win.

“This type of match means a lot to the team morally and mentally, and it’ll give us confidence. Hopefully we’ll put on a show for everyone.

“These kind of games aren’t easy to play in, therefore we must enjoy it and seize the moment.”

Barcelona are favourites for the win at 1.65 while Madrid are the outsiders at 4.98.