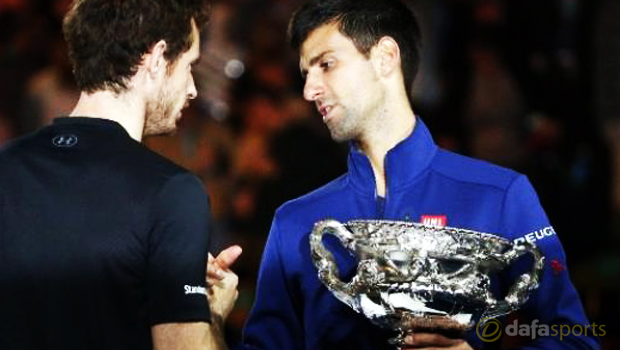 World number one Novak Djokovic says he is still confident of winning an elusive French Open title and finally completing the Grand Slam.

The Serbian picked up from where he left off last season in the Australian Open recently, with the 28-year-old defeating Andy Murray 6-1 7-5 7-6 in the final.

It was a successful defence of the title he won 12 months ago and his sixth overall triumph in Melbourne, equalling Roy Emerson’s record.

Djokovic has now taken his Slam tally to 11 – level with Rod Laver and Bjorn Borg – and he is only six behind Swiss legend Roger Federer, who tops the standings.

The Belgrade-born star’s focus now turns towards to the event at Roland Garros in May and the second major tournament of the campaign is the only title missing from his trophy cabinet.

He came agonisingly close to winning on the clay surface last year when losing to Stanislas Wawrinka in the final and the loss also stopped Djokovic from completing the calendar Grand Slam.

The momentum is certainly with the 2010 Davis Cup winner and he insists the belief will be as high as ever when the tournament in France gets underway.

“Of course I try. I never give up,” he told reporters. “I felt like the last couple of years that I’ve been going back to Paris and getting a step closer.

“Of course, it’s a slightly different sensation, different feeling, when I’m playing in the French Open because of the fact that I never won and because everybody expects me to win it.”

Djokovic will be the firm favourite to win in France but the likes of Murray, Federer and Rafael Nadal will all be looking to mount a serious challenge.