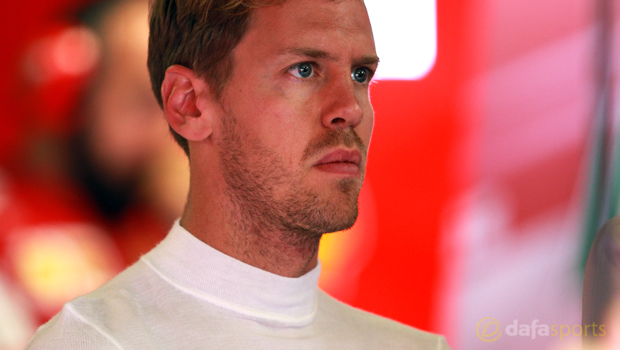 Mercedes’ non-executive director Niki Lauda says the team must be wary of Sebastian Vettel because the Ferrari ace has the quality to mount a title challenge this season.

He clinched victories in Malaysia, Singapore and Hungary while also managing another 10 podium finishes as he put the pressure on Mercedes right until the end.

Vettel was in with a shot of grabbing second place in the drivers’ championship but his compatriot Nico Rosberg was able to fend off the fierce challenge.

Ferrari will be happy with the major improvement shown from their dismal 2014 season, which they were only able to clinch two podium results.

The addition of Vettel has certainly added an extra edge to the team and Lauda insists the German ace needs to be watched carefully when the 2016 races get underway.

“Ferrari has found its old strength,” he told Auto Bild. “The fact that Vettel can drive fast is not something we need to discuss, just like the fact that he is hungry for success and can drive the team forward. This makes Vettel is a dangerous opponent.”

Vettel is priced at 4.50 to win the world title for a fifth time while team-mate Kimi Raikkonen, who endured a mixed time on the track last year, is a big outside shot at 41.00.

Lewis Hamilton, who defended his title in 2015, is once again expected to dominant the sport and the Brit is the big favourite at 1.53.

Rosberg is yet to end up top of the standings at the end of the season but he is expected to go close again at 3.80.