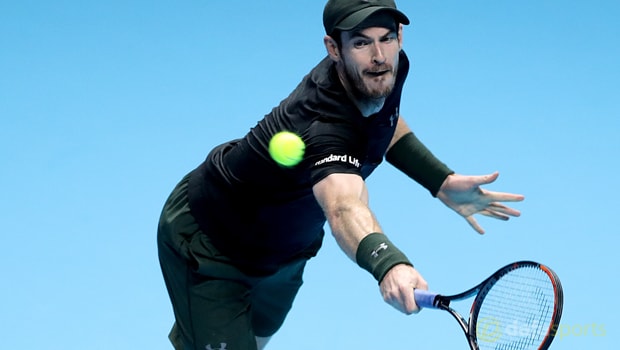 World number one Andy Murray claimed a convincing victory over Marin Cilic at the ATP World Tour Finals in London on Monday, but feels he still needs to adjust to the conditions.

The Scot, who claimed the world number one spot earlier this month, never really looked in danger at the O2 Arena although he did make a sluggish start.

Murray saw off his Croatian opponent 6-3 6-2 to pick up his 20th successive victory, as he looks to end the season as strongly as possible.

The 29-year-old is vying with rival Novak Djokovic to top the men’s standings and will hope to continue his fine form on home soil.

The London venue was packed with 17,000 spectators and Murray was delighted to receive their backing.

Murray said: “A big thank you for all of the support, it was an incredible atmosphere today. I really appreciate it.”

The three-time Grand Slam winner took his time to get going in the early stages of the clash, as he misfired from the baseline, making 14 unforced errors in the first set.

However, he steadily improved as the match progressed and feels he is starting to get to grips with the change in conditions.

He added: “I didn’t feel any more nervous than usual. “It’s just quite different conditions in there than what we’ve been practicing in during the week.

It’s a lot slower than it has been. “I think maybe some of the errors at the beginning were more getting used to playing in new surroundings again.”

Murray can be backed at 2.10 to win the ATP World Tour Finals.