Posted by Vincent Henderson on November 15, 2016 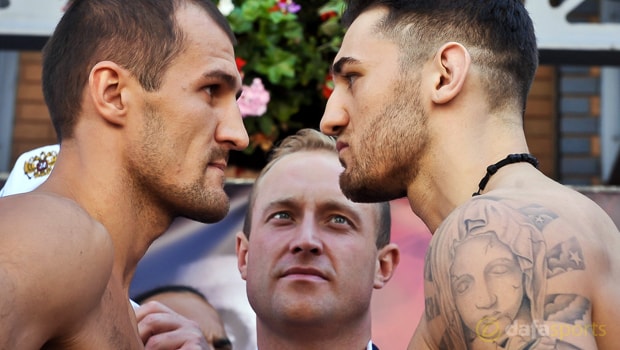 Nathan Cleverly believes that Sergey Kovalev will see off the challenge of Andre Ward on Saturday and hopes he can secure a rematch with him next year.

The Welshman will be keeping a close eye on Saturday’s clash at the T-Mobile Arena in Las Vegas which will decide the light-heavyweight division’s number one.

Kovalev will put his WBA ‘super’, WBO and IBF world titles on the line against the unbeaten American and Kovalev is hoping to face the winner in 2017.

Cleverly thinks Saturday’s bout is shaping up to be one of the best for a long-time due to the clash of styles.

“It’s a brilliant fight, probably the best in the whole of boxing at the moment, because it’s such a contrast of styles,” Cleverly said.

“Ward is a masterclass technically as a fighter and then you have Kovalev, whose boxing skills are underrated but has brute force in both hands.

It’s intriguing. “It will be so close, and go the distance, but I’m going with Kovalev.

I see why people are thinking Ward, but Kovalev keeps his distance and has good balance, he has got long punches – and he is the bigger guy.”

Cleverly tasted defeat for the first time in his career at the hands of Kovalev in 2013 as he lost his WBO strap, however, he feels it would be a different result if he gets another opportunity against the Russian.

He added: “The winner is my official mandatory defence, so will collide with me at some point in the not-so-distant future.

“If it’s Kovalev, people will think I’m crazy to get back in the ring with him, but I’m a fighter and I’m a risk-taker; if it’s there, I will do it.

I took the fight too early last time – next time will be different.” Kovalev is priced at 2.10 to pick up a win on Saturday, while Ward can be backed at 1.75 and the draw is available at 26.00.