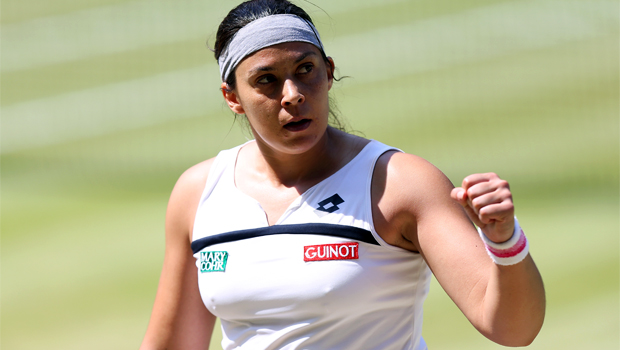 Wimbledon champion Marion Bartoli announced she is retiring from tennis at age of 28 because a succession of injuries have taken their toll on her body.

The Frenchwoman, who beat Sabine Lisicki on Centre Court less than six weeks ago, made the announcement after losing 3-6 6-4 6-1 to Simona Halep in the second round of the Western & Southern Open in Cincinnati.

She says injuries have forced her into making the decision and it is thought a serious Achilles problem has been the tipping point.

“My body just can’t do it anymore. I’ve already been through a lot of injuries since the beginning of the year. I’ve been on the tour for so long, and I really pushed through and left it all during that Wimbledon.”

Bartoli says she gave everything to achieve her dreams of winning Wimbledon but believes her exertions have left her unable to compete in tennis in the future.

She added: “When you dream about something for so long and you’ve been on tour for many, many, many years and you’ve been through ups and downs and highs and lows and already a lot of injuries since the beginning of the year, my body was really starting to fall apart, and I was able to keep it together, go through a lot of pain throughout Wimbledon, and still make it happen.

“That was probably the last little bit of something that was left inside me.”

Bartoli won seven other Women’s Tennis Association singles titles and three doubles titles in her career and was previously a Wimbledon runner-up in 2007 before this year’s triumph – her only Grand Slam victory.

She did make the quarter-finals of both the US and Australian Opens and made it through to the French semi-finals in 2011.

Bartoli was coy about what she plans to do after retiring and will take her time to decide her future plans.