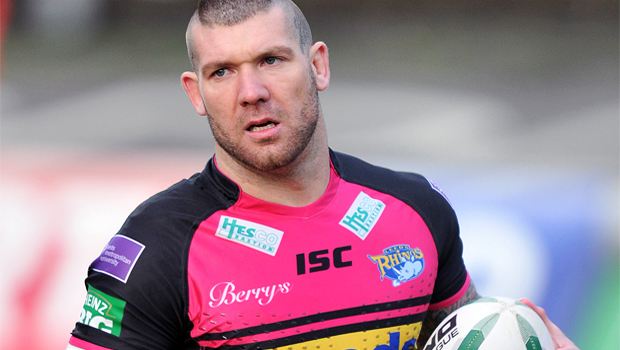 Leeds Rhinos have been boosted by news forward Brett Delaney penned a new five-year deal with the club and is ready to see out his career at Headingley.

The 28-year-old had two years remaining on his original deal but Leeds officials were keen to get him tied down to a new one to put an end to speculation regarding his future.

Rumours in Australia suggested the player was looking to return home, but Delaney says that was never in his thoughts and he is delighted to have committed his future until 2018.

“I am very happy at the Rhinos and was happy to see out the remaining two years of my contract here and see where that took me,” he revealed.

“There was a lot of rubbish coming out of Australia saying that I was looking to move home but that was never my intention.

“It was flattering that clubs were enquiring about me but I have never felt more at home at a club than I do at the Rhinos.

“When Gary Hetherington offered me a five-year contract, the decision was an easy one and it feels good to know that I will be playing out the remainder of my career at this great club.”

Delaney has made 109 appearances for the club since arriving from Gold Coast Titans just before the start of the 2010 campaign and coach Brian McDermott is also delighted to have secured his signature.

“Brett is a key member of our squad and coming into his best years,” he added.

“His work rate and determination are incredible which is why he has so much respect from his fellow team-mates and opponents.”

Delaney is currently out of the side with a knee injury.