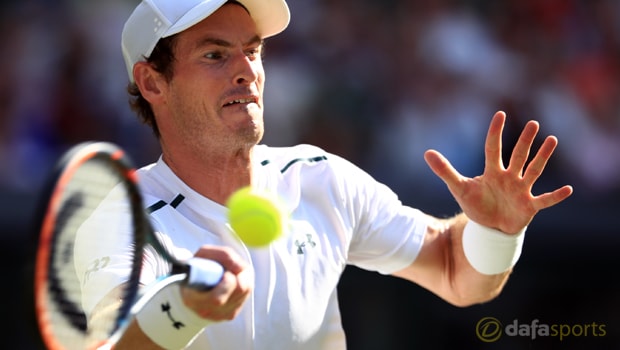 Andy Murray has allayed fears over his hip injury and is confident he can continue his strong form at Wimbledon.

The Scot has been hampered by various ailments in 2017 and his early exit at Queen’s last month has raised serious doubts over his chances of defending his SW19 title.

However, after cruising past Kazakhstan’s Alexander Bublik, Murray was just as sharp on Wednesday as he eased past the dangerous German Dustin Brown 6-3 6-2 6-2.

Next up in the third round on Friday is Fabio Fognini, a player known for playing on his emotions but who has so far kept his cool in straight sets wins over Dmitry Tursunov and Jiri Vesily.

It will be the first time the pair have met on grass but they are 3-3 in their career head-to-head and it was the Italian who won their most recent meeting in Rome.

Murray admits he is feeling good about how things are shaping up for him at the Championships and he is confident he can continue his progress on Friday.

“My hip is OK,” Murray told BBC Sport. “I have moved well in the first couple of matches, it hasn’t affected me.

I have been getting good practices in and it feels good. Hopefully it stays that way. “It’s been a good start, hopefully I can keep it going.”

He added: “I expect a really serious test when we play on Friday because he’s good off both forehand and backhand, and can hit a lot of winners.

This will be our first meeting on grass, so we’ll see how that changes things.”

Murray is 1.05 to get through the third round, with Fognini 11.00, while the Scot is currently 6.00 to win the tournament outright.